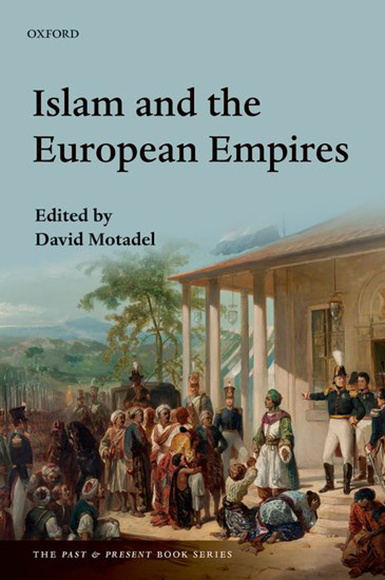 At the height of the imperial age, European powers ruled over most parts of the Islamic world. The British, French, Russian, and Dutch empires each governed more Muslims than any independent Muslim state. European officials believed Islam to be of great political significance, and were quite cautious when it came to matters of the religious life of their Muslim subjects. In the colonies, they regularly employed Islamic religious leaders and institutions to bolster imperial rule. At the same time, the European presence in Muslim lands was confronted by religious resistance movements and Islamic insurgency. Across the globe, from the West African savanna to the shores of Southeast Asia, Muslim rebels called for holy war against non-Muslim intruders.

Islam and the European Empires presents the first comparative account of the engagement of all major European empires with Islam. Bringing together fifteen of the world’s leading scholars in the field, the volume explores a wide array of themes, ranging from the accommodation of Islam under imperial rule to Islamic anti-colonial resistance. A truly global history of empire, the volume makes a major contribution not only to our knowledge of the intersection of Islam and imperialism, but also more generally to our understanding of religion and power in the modern world.

‘A monumental, comprehensive, and lucid contribution to scholarship, providing the first comparative account of the engagement of the European empires with Islam. Toward the end of the nineteenth century, the question of how best to govern the religious affairs of Muslims became a central concern of all imperial powers. Despite the differences among regions and empires, the European encounters with Islam in imperial contexts were in many ways similar. This detailed yet clear account is a masterly survey of the entire sweep of the European empires and Islam-a towering landmark in the subject.’
— Wm. Roger Louis, University of Texas at Austin

‘Encompassing five modern empires, and showing the multivalence of imperial debates on Islam no less than Muslim debates on empire, this much needed volume fills a long-empty place on the historian’s bookshelf. Together the chapters reveal Europe’s empires as a nexus of administrative, military, and epistemic forces in dynamic interplay with Muslims in the concrete and Islam in the abstract.’
— Nile Green, UCLA

‘David Motadel’s volume brings together leading international scholars of Islam and empire in what is a fascinating addition to the growing literature on comparative world history.’
— Sir Christopher Bayly, University of Cambridge

‘One of the great merits of this indispensable volume is to remind the reader that several different European states engaged with different parts of the Islamic world and did so in a number of parallel spheres. The editor, David Motadel, who has recently published a major monograph on Nazi Germany and the Islamic world, sets out the issues in a thoughtful introduction. The range, subtlety and illustrative detail that these chapters offer, and the authority of their authors, will make this volume an invaluable companion to courses on empire and Islam alike.’
— John Darwin, ENGLISH HISTORICAL REVIEW – Read Review

‘This is a fascinating…collection of essays on the phenomenon of “Islam and Empire” in the colonial possessions of the principal European powers (Britain, France, Germany, Holland, and Russia)…I learned a very great deal from this book, and I am sure that it will long serve as a point of reference for comparative imperial history. Most of the chapters are a joy to read and evidently represent the very best in modern scholarship.’
— Peter Sluglett, JOURNAL OF MODERN HISTORY – Read Review

‘For a field in which Islam and colonialism have long been treated as diametrically opposed and intimately engaged, it is surprising that so few volumes have explicitly sought to tackle this antagonistic embrace in a global sense. David Motadel…goes so far as to suggest…that such ‘[c]omparative studies are missing’, and I must admit that I scratched my head to think of an effective counter example. His exhaustively referenced introductory essay shows that this was hardly done on a whim. Moreover, unlike too many edited volumes, this has drawn on an impressive range of global expertise to speak to the histories of conquest, accommodation, suppression and even encouragement from the shores of the Mediterranean to the Java Sea.’
— Michael Laffan, JOURNAL OF ISLAMIC STUDIES – Read Review

‘This is a welcome contribution to (Western) imperial, religious, Islamic, Western-Islamic relational, transnational, international, comparative and global historical studies…It is highly recommended as a worthwhile read for anyone with an interest in this area.’
— R. Charles Weller, ISLAM AND CHRISTIAN-MUSLIM RELATIONS – Read Review

‘Islam and the European Empires, edited by David Motadel, Assistant Professor of International History at the London School of Economics and Political Science, is a highly welcome contribution to putting things into perspective and gaining a more nuanced and differentiated view of West-Eastern history. The fourteen authors whom he has assembled are eminent specialists…Islam and the European Empires is an impressive achievement due to its wide geographic range and the depth of research…recommended to everyone interested in modern Islamic and European colonial history.’
— Rainer Brunner, DIE WELT DES ISLAMS – Read Review

‘The composition of the volume is just as compelling as the breadth of its temporal framework and the comprehensive spatial coverage of the colonized Islamic world…Overall the volume offers a very informative overview, which… exceeds what it set out to do.’
— Niko Rohé, NEUE POLITISCHE LITERATUR (Translation) – Read Review

‘The volume brings together some of the leading historians who work on the history of the European empires. The geographical scope of the individual contributions is impressive. The volume offers chapters on the British, French, German, Dutch, and Russian empires…Taken together the 14 chapters succeed impressively to outline a dynamic research field, innovative in particular through its comparative approach to the history of empire.’
— Joseph Ben Prestel, H SOZ KULT (Translation) – Read Review

‘The new comparative history of empires had just begun, over the course of the past decade, to establish itself when it already found itself submerged by the new even more massive wave of global history. Consciously situating his editorial project at the intersection of these historiographical paths, the editor of this volume aims to reconcile the two approaches. The project is ambitious. Many of the chapters are stimulating. Some of the very fine regional syntheses will be useful for teachers and students alike.’
— M’hamed Qualdi, REVUE D’HISTOIRE MODERNE ET CONTEMPORAINE (Translation) – Read Review

‘Motadel’s book is a timely account examining the rule of the major empires over Muslims, the politics they adopted to either contain them or crush their revolutions, and the knowledge and expertise that was developed in the imperial capitals on these matters.’
— Muhammad M. Al-Arnaout, AL-HAYAT (Translation) – Read Review